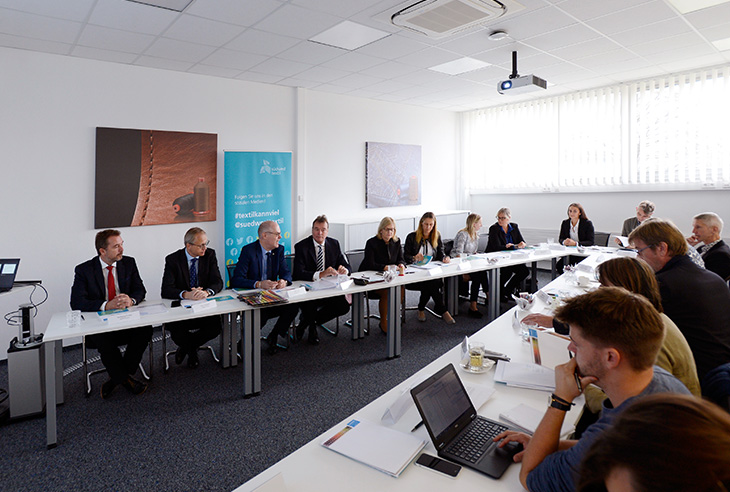 The versatility of textiles was illustrated during the speeches of Bodo Bölzle, CEO at AMANN Group and president of Südwesttextil, as well as of Peter Haas, CEO of Südwesttextil. Moreover, AMANN COO and CFO Wolfgang Findeis and AMANN COO Peter Morgalla attended the press conference.  Last but not least, a large number of press and TV representatives have joined the press conference.

The versatility of textiles and in particular of sewing threads was shown in the AMANN showroom with a variety of different exhibits:  from extreme elastic sewing threads for sportswear,  to reliable threads for safety-relevant applications such as airbags, to technical threads, as they are used in the pain relief belts, for instance. The use of AMANN threads for sensor applications is another specialty. For example, they can be used in medicine and do indicate, if moisture occurs, e.g. in nursing beds

Subsequently, you may find some impressions of the press conference as well as of the AMANN Showroom: 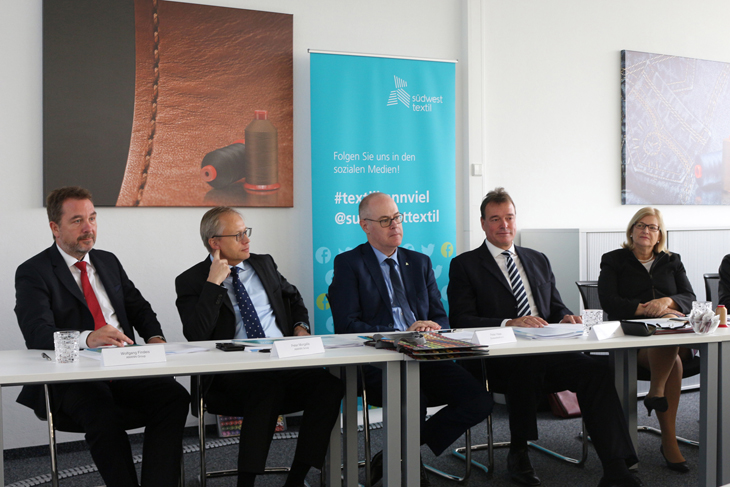 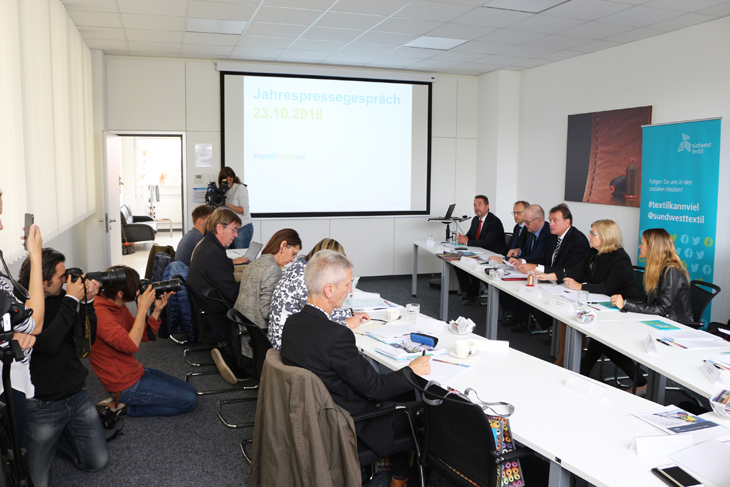 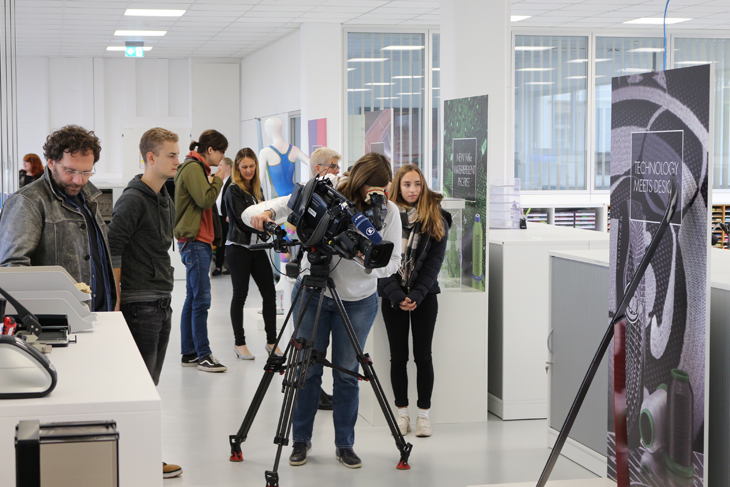 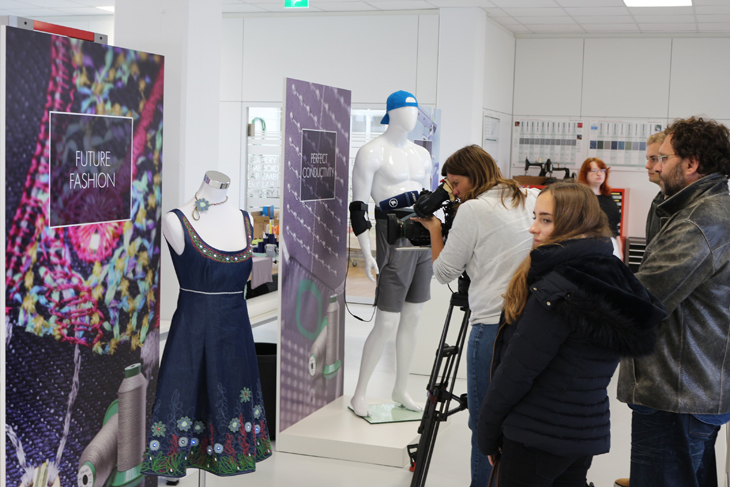 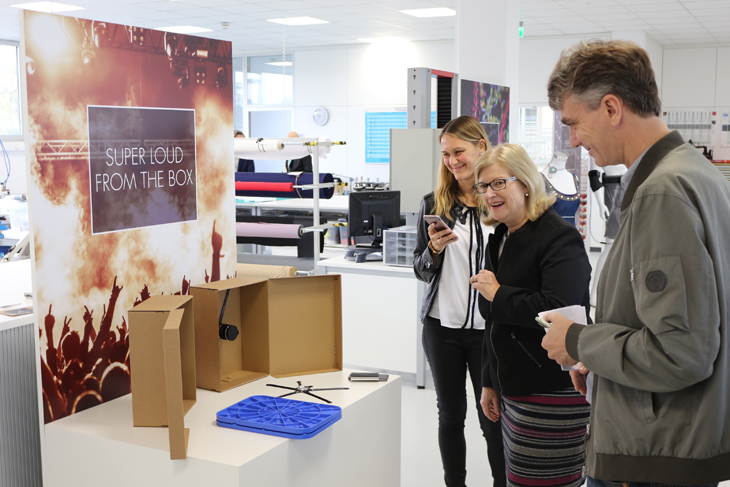 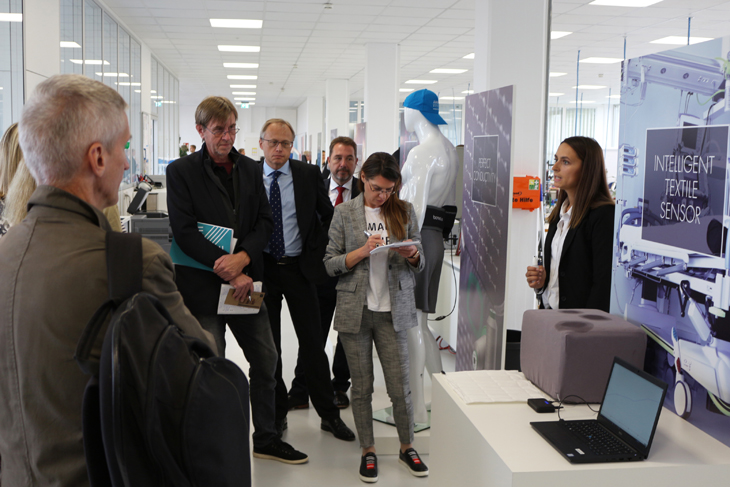 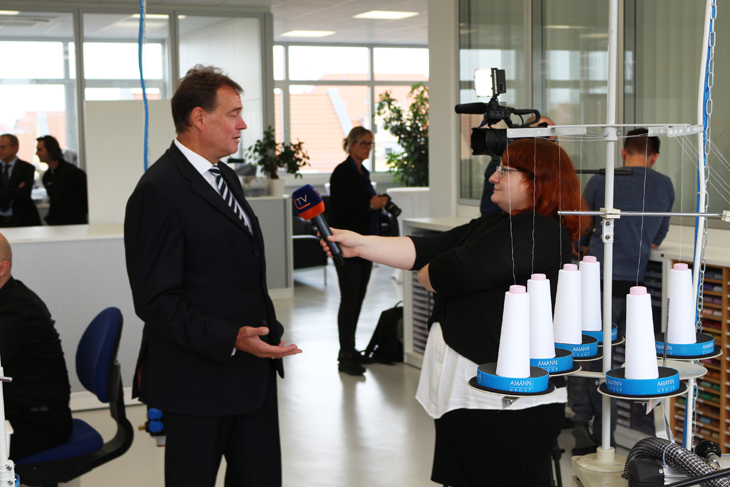