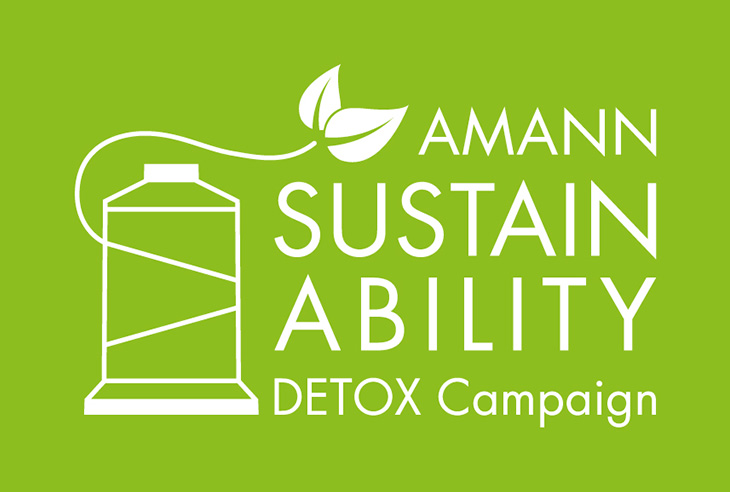 With its campaign “Detox Our Future”, the environmental organisation Greenpeace has initiated a worldwide detoxification programme for textiles. The particular focus is on the usage of harmful chemicals within textile production processes, such as perfluorinated chemicals. These harmful chemicals are not biodegradable, and can be detected in rivers or other waters.

Consequently, Hohenstein Laboratories have developed a rather strict testing catalogue for STANDARD 100 by OEKO-TEX® certification (which is an independent label for textiles that have been tested for harmful substances): the examination according to Appendix 6. In comparison to Appendix 4, which is currently used, with Appendix 6, the limit values of the substances have been drastically tightened.

As AMANN Group takes environmental and consumer protection seriously, AMANN is the first sewing and embroidery thread producer worldwide participating in the Detox campaign by Greenpeace, and will certify almost all of its products according to Appendix 6 in the future. As a certified pre-supplier, AMANN facilitates the STANDARD 100 by OEKO-TEX® certification according to Appendix 6 also for its customers.

The newly issued certificates can be downloaded here.

Learn more about the “Detox Our Future” campaign by Greenpeace:
http://www.greenpeace.org/international/en/campaigns/detox/